This course addresses the S corporation rules that every CPA needs to know—from basics such as qualification of an entity as an S corporation and basis rules including developments in the tax law over the past year affecting S corporations and their shareholders. The course will cover safe harbors for redemption agreements, warrants, employment agreements and more.  It also covers more advanced topics such as the pitfalls in having trusts own S corporation stock and tax planning for S corporation acquisitions using disregarded entities and partnerships to achieve results not possible with a single entity type.  Don’t miss the discussion; don’t miss the ideas.

**Please Note:  If you need credit reported to the IRS for this IRS approved program, please download the IRS CE request form on the Course Materials Tab and submit to leighanne.conroy@acpen.com. 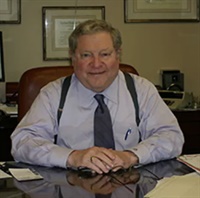 James A. Smith, CPA, CGMA, serves as Managing Director of Smith, Jackson, Boyer & Bovard, PLLC, a Dallas based, full service Certified Public Accounting firm.  In his fifty years of professional experience, he has performed audit engagements in real estate development and construction, investment partnerships, manufacturing, utilities, retail, transportation, and health care.  He has worked with companies ranging in size from large, multinational corporations to small, closely held businesses.  He has also been engaged extensively in tax and financial planning consultations for closely held businesses and their owners; tax compliance and tax controversy representation.

Mr. Smith has been a frequent panelist on ACPEN webinars.  He has appeared as a featured commentator on all four Dallas/Ft. Worth network news stations, including three and one-half years as a featured business commentator on KXAS, TV5; on the TSCPA “CPAs on Call” state-wide tax television program; and on various radio news programs.  He has conducted seminars on tax and financial planning for the Dallas Chapter of the TSCPA, stock brokerage firms and life insurance companies, and on marketing and practice management for the TSCPA, the North Carolina Association of CPAs, the Arkansas Society of CPAs, the Pennsylvania Institute of CPAs, and the American Institute of CPAs.  He has made presentations on analyzing financial statements for the reporting staffs of the Dallas Morning News, Dallas Business Journal, Wall Street Journal, and San Antonio Express.  He has also made CPE presentations on SSARS standards for the Illinois Society of CPAs, the Texas Society of CPAs, the Dallas Chapter of TSCPA, the Southeast Texas Chapter of TSCPA, and others.

Mr. Smith is a graduate of Southern Methodist University with a BBA in Accounting and Economics.  He is a Certified Public Accountant in the state of Texas and is a licensed Registered Investment Advisor.

Mr. Smith resides in Dallas with Charlie, his wife of 50 years. They have three grown daughters, all of whom are married, a grandson and three granddaughters. 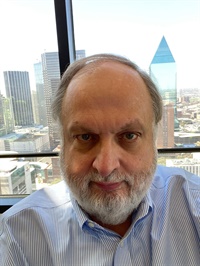 CLINT DAVIS is with the law firm of Krage & Janvey, LLP in downtown Dallas.  He graduated cum laude from the SMU Dedman School of Law in 1980 and first in his graduating class from Northwestern State University of Louisiana in 1977 with a Bachelor of Science in Accounting.  He was first licensed in Florida as an attorney in 1980 and then in Texas in 1982.  He has been a licensed CPA in Texas since 1980.  He has been Board Certified in Tax Law by the Texas Board of Legal Specialization since 1988.  He has been named as a Super Lawyer, a Top Attorney in Texas by Texas Monthly, one of the Best Lawyers in Dallas by D Magazine and a Top Rated Lawyer by the Dallas Morning News, all in the tax area.

Clint has in the past been an author and discussion leader for numerous CPE courses for the Texas Society of CPAs. Clint also speaks before various bar associations and accounting conferences. and is a frequent presenter and moderator on the Accountants’ Continuing Professional Education Network.

Clint primarily represents high net worth individuals and closely held businesses with much of his time devoted to real estate tax planning, implementation of S corporation ESOPs, mergers and acquisitions and private foundations.

William H. “Bill” Wilson, CPA is a director in Whitley-Penn, LLP’s tax and consulting practice where he works on passthrough and tax controversy matters.  Bill previously spent 37 years with the IRS, retired as a manager in the Passthrough Entities Practice Area of the Internal Revenue Service’s Large Business and International Division.  He has also taught partnership taxation at the graduate level and is a frequent speaker on passthrough entity tax issues. 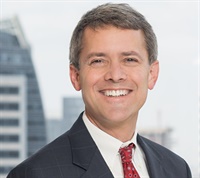 William Hornberger, JD, CPA, is passionate about the practice of law and about helping people and enterprises achieve business goals.  For nearly 30 years, he has practiced in the areas of tax, transactional, international and corporate law at Jackson Walker and has loved every minute of it!  His tax practice has touched nearly every area of the tax law, including corporate, partnerships and LLCs, international, real estate, corporate, oil and gas, bankruptcy, tax credit and tax controversy and procedural matters.  His broad transactional practice includes mergers and acquisitions, complex partnership, joint venture, real estate and private equity arrangements, complicated cross-border business structuring matters involving investors from multiple countries, Tax Treaty and IRS Competent Authority matters.  He has represented taxpayers on tax controversy matters in IRS administrative appeals and before the U.S. Tax Court, the U.S. District Court, the U.S. Bankruptcy Court, the Courts of Appeals for the Fifth and Eleventh Circuits and the U.S. Court of International Trade. Active professionally, William is a member of the American Bar Association, the State Bar of Texas, and has acted as Chair of its Section of Taxation. He is also a member of the AICPAs, and served on its Council. William is a member of the Texas Society of CPAs and served as its Chair, and on its Executive Board. 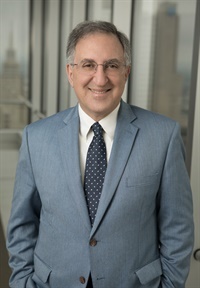 Mr. Pulman’s practice concentrates on tax planning, real estate, and corporate.
Mr. Pulman is Board Certified in Tax Law by the Texas Board of Legal Specialization and he is a Certified Public Accountant.

His tax planning practice includes federal, state, and international tax planning for businesses and individuals seeking to minimize tax obligations while accomplishing objectives. His real estate practice includes representing clients in the purchase and disposition of improved and unimproved property, development of property, structuring ownership entities, tax-free and like-kind exchanges, and negotiation of all types of loans. Mr. Pulman’s corporate practice involves representing clients in the acquisition and disposition of businesses, mergers, and business entity planning including partnerships, limited liability companies, and corporations.

Mr. Pulman frequently speaks on a number of tax topics. He is active in numerous charitable, political, and civic organizations.

Mr. Pulman was admitted to practice in Texas in 1976.

Business Professionals' Network, Inc. is registered with the National Association of State Boards of Accountancy (NASBA) as a sponsor of continuing professional education on the National Registry of CPE Sponsors. State boards of accountancy have final authority on the acceptance of individual courses for CPE credit. Complaints regarding registered sponsors may be submitted to the National Registry of CPE Sponsors through its website: www.nasbaregistry.org

Please contact the ACPEN help desk 1-877-602-9877 or help@acpen.com if you wish to cancel your attendance for a previously purchased webcast and are requesting a refund or transfer.

*Unless your firm has made specific arrangements, in advance, with ACPEN, this webcast is provided for individual viewing only. The viewing of this course by groups not registered with ACPEN is prohibited and in violation of the license granted by Business Professionals Network, Inc. and ACPEN. The issuance of CPE credit completion certificates for this event by any entity other than BPN or an authorized state CPA society is fraudulent. BPN reserves the right to pursue all criminal and civil legal remedies against unauthorized in-firm groups through law enforcement and state boards of accountancy to enforce its rights and those of affiliated state societies. **For more information on how to setup a corporate account for group registrations, please click on the Groups page. If you have any questions let us know at 877-602-9877 or help@acpen.com. ***Downloadable written materials included. Course materials may be lengthy and, in some cases, may be purchased for an additional fee, plus shipping and handling, as part of the purchase process.
Ok